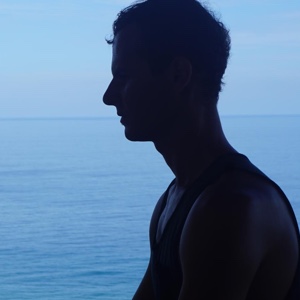 In my career as a performer, artist and handbalancer, I have explored many small, hidden gems of artistic and physical creativity around the world. These experiences taught me important lessons and set the stage for me to eventually start working with some of the biggest companies and industries in the game: Dragone, Cirque Du Soleil, Festival Mondial Du Cirque de Demain, and appearing on TV.

However, I come from the same humble beginnings as anyone else who wasn’t born into some kind of extraordinary circumstance, and I treasure every step I took on the way to growth as an artist and expansion as a human being.

My journey toward inner and outer balance, ironically, have begun in the circumstances of complete imbalance. The atmosphere of chaotic uncertainty was one of the biggest reasons and motivation to seek balance in the first place. Everything else fell into place from then on.

I was born in the former Soviet Union, Republic of Moldova.

In the early 90’s, in the aftermath of the Soviet Empire’s dissolution, Moldova was split up by the military conflict within, into two unequal parts.

Our family, without physically moving anywhere, ended up abroad overnight. In Transdnistrea. A small, new country bordering Ukraine and to this day unrecognized (in other words: nonexistent) by any official U.N. body. A place that no longer had its former identity and had to find new face in the new times.

I grew up in a little border town called Pervomaisk. A place with strong agricultural roots where people absorbed Nature’s gifts and lived a very simple life. This is where my most powerful dreams for the life ahead were conceived. This is where the inspiration for each special moment of inner discovery came with abundance.

Even though the limitations around me were far and wide, (social turmoil, danger of military conflict resurfacing any day, new borders everywhere, general status of a citizen of the “3rd world” country and being unable to travel anywhere in the developing world without a lengthy vetting process) deep down I always felt that I was meant to outgrow those limitations and move beyond them. My parents have always encouraged me to find a goal and pursue it. They wanted me to continue making wishes and harboring dreams.

I wanted to see the world and felt strongly that it was only a matter of finding something special I could do with my life that would take me across the planet. The sense of greater purpose, though often disappearing, has kept me dreaming. I had a lot to express outwardly and started to draw on any piece of paper I could find. I also listened intently to different kinds of music that continued to expand my mind.

I felt the growing need for physical expression and exploration of my body’s abilities. Art offered a world where things made sense. If you had a humble tool such as pencil, you could actually draw a feeling and directly affect others.

I had been to Circus prior to my 11th birthday and found it fascinating, but, hadn’t really connected to it in a special way just yet. Performers in the circular stage, to me appeared as much more than humans. They were strong, beautiful, skilled, imaginative and never afraid. It looked too good to be true and I hadn’t dared imagine that I could someday be one of them.

Then, in the span of about 5 years, two books about Circus came my way and influenced very important choices. Given to me by my Mother, they told real stories of children who came from the struggle, joined the circus and traveled, performing incredible skills. I’ve read them and was fascinated by the journey and complicated characters performing seemingly impossible things. The idea of the unusual lifestyle that life in the Circus entailed, have found it’s firm place in my heart.

One thing led to another and I quickly ended up fully immersed in the Circus world, having discovered a Circus Studio through a close friend in my hometown. The studio was called “Cascade”, named after a juggling trick which represented continuous circular motion. Studio became my temple for the next 4 years. That’s where I witnessed other kids my age and older doing things I didn’t know were possible. That’s where I was challenged to overcome my fears and gain beliefs and confidence in my abilities.

The studio was lead by an ambitious man, Alexander Craciun. Man of many talents and a former Circus performer himself, he alone taught 3 different age groups. Be it juggling, tumbling, partner acrobatics, aerial, hand balance or comic reprise, he knew how to do it all. Alexander traveled all over Soviet Union as a Circus performer and told us stories about it many times. But, he also told us about places like Germany and other countries far abroad, where Circus was highly valued.

It became clear to me that through Circus, my dream of traveling and being involved with Art could absolutely become a reality. No doubt about it. Sky was the limit.

In Kiev, at school, we could have access to professionals in different fields, who could help and teach us how to take our skills to the next level. We could also learn the performing arts, dance, miming and acting.

Deep down I knew this was my kind of place. The life in the performing arts world was exactly the kind of story I wanted to create for myself. A life of unbelievable challenge and hard work, and a life of victory and reward, if I was strong enough to pass the tests coming my way. It became my goal and dream to find a portal that would lead me to many new people and places.

After 4 years at the studio, I was on my way to Kiev with a clear goal of passing the exams and being granted entry into a Circus School that I had heard so much about. My teacher Alexander and I traveled 500 miles on the overnight train.

When we entered the 100 y.o. building in the center of the city, we walked up the wide staircase leading to the second floor. We didn’t go into the main training space where the majority of the circus students as well as those just like me, hoping to enter the school, trained. Instead, we turned left into an empty hallway on the second floor and soon arrived at the brown, cracked wooden door which simply said: Room 21.

When I opened the door, bright sun rays made me cover my eyes for a second. I saw a tiny room with wide open windows. On the floor were several people standing on their hands and in the corner stood a man with short white hair and incredible presence, who’s effect I felt immediately. Vitold Antonovich Kuvshinov was 75 y.o. at the time. Ex-handbalancer and performer himself, Vitold Antonovich had been teaching generations of hand balancers at the Kiev Circus School for the last 30 years.

As we were standing in the room, a light wind was freely coming through the open windows, providing plenty of oxygen for the few determined young people inside, who seemed to be spending more time on their hands than on their feet. On the wall was a poster saying: NEVER GIVE UP. It depicted a frog in the mouth of the Heron bird, squeezing the bird’s neck to prevent itself from being swallowed. A perfect motivational quote in the world of daily search for balance.

For the next 4 years I trained side by side with hand-balancers with a dream, guided by Vitold Kuvshinov, who’s soothing personality and positive outlook on life made you feel at home and inspired all of us to go beyond what we thought was possible. To reach our goals no matter how distant they may seem.

Vitold was instrumental in my development as a hand-balancer, artist and a human being, ever since our meeting in the summer of 2001. In Room 21 and other training spaces at Kiev Circus School, I had the privilege to observe a number of amazing hand-balancers who were much better than me. It ignited a competitive fire that carried me through several years of daily training, even though food and money were hard to come by. Inspiration to expand my skillset, explore performing Arts and travel the world never left me but only grew stronger with each passing day, week, month, year. We were all inspired to get up each day and do our absolute best to graduate to the next level of balance skill. To create possibility to leave the environment of poverty and lack of opportunity in Ukraine.

A year later, already a student and finishing my first year, in the same room I met Jaakko, who came all the way from Finland looking to study hand-balancing in Kiev. Despite a language barrier, we quickly forged a friendship and a bond that still remains strong to this day.

We had many conversations with Vitold during our time in Kiev and he inspired the idea of passing on the knowledge of balance to others who need it most, and changing their lives in the process.

Our own lives changed significantly through practicing hand-balance and individual dreams became real. Since graduating from Kiev and traveling the world for a decade, performing, teaching and training, “Room 21” Tutorial is the result of our ongoing journey toward INNER and OUTER BALANCE.”

Start your journey toward balance of the body and mind.

Get the tools and knowledge you need to begin your training.